The Port of Anzio raises in the namesake city just outside Rome, where Cicero, returning from his exile,  reassembled the battered remains of his libraries.

The harbour is just 3 km far from the port of Nettuno, with which it formed the entire port of the city of Atium in the Roman era.

The growing power of ancient Rome is, in fact, closely related to the history of this port which became an efficient tool to supply the city over the centuries: the commercial needs related to the development of an empire extending over the whole Mediterranean, with the consequent increase in commercial traffic, increasingly put the reactivy capacity of the imperial capital, a reference point for the main communications, in crisis.

The Julio-Claudian dynasty started the majestic harbour constructions in the port of Ostia and a series of works which wanted to give a functional arrangement to the Roman coast. Thus the facilities necessary for the development of traffics and the defense of the Roman beach were built. The Emperor Nero created the amazing port of Anzio, for which he spent a furtune, as confirmed by all scholars.

The port was a part of the more complex system of harbour constructions built with the aim to ensure the commercial traffic and the wheat supply, essential for the stability of the Roman government.

It cannot be excluded that the port was also used by the imperial fleet, since Admiral Aquilius was one among the governors of the city. The history of the port proves the important function of the structure, considered as one among the most important harbours in the Tyrrhenian.

Today, the port of Anzio includes a three-wing dock and an inner breakwater. It offers 400 berths for sailing boats and yachts up 50 m. 10 berths are totally free while other 10 are specifically reserved for transiting boats.

All berths are equipped with water and electric charging columns while the dry dock offers travel lifts, slipways and technical services, all managed by Capo d’Anzio SpA, a sosciety established in 2010 with the aim to promote and manage the port of the namesake city, in addition to build functional facilities.

Thanks to its proximity to the city, the port offers yachtsmen the possibility to find lots of coffee bars, restaurants, shops and even a laundry in the surroundings.

The port of Anzio has been completely renovated but it preserves its ancient atmosphere, far from the modern ports or shopping centres. The port is, in fact, surrounded by picturesque alleys where the visitor can taste the excellent local delicacies and popular beaches, such as Ponza, easily reachable by ferry. 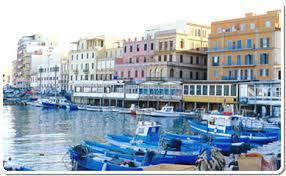