Itaca evokes a world of suggestions, memories, images coming from youth studies. Itaca is Ulysse's homeland and Homer's island. But, of course, the island is not only this and it also exists beyond the literaray space.

Located in the Ionian Sea, near Cephalonia, Leucada and Zante, Itaca is a very popular destination among yachtsmen and an excellent starting point for a visit all around the archipelago.

Its northern and southern sides are morphologically divided by a narrown isthmus. With its mountains, the island offers breath-taking sights and a beautiful wild nature still preserved from mass tourism.

Itaca, however, doesn't offer many toursit attractions. It is made up of a central village, called Vathy, and some other little villages which count 300 inhabitants in total. The island itself offers some museums, some archaelogical remains and many suggestions along the paths which cross the island and lead tourists finding the ruins of the mythic Odysseus' Palace (never found until today). Anyway, excursions are paid off with some wonderful views.

Getting Itaca by boat is not difficult. The island offers three different ports and some good anchorages. However, none of them offers a complete and safe shelter from winds but, if weather and sea conditions are good, you can spend a quiet night here anyway.

The main port of the island is located in Vathy. Together with the namesake village, it is at the end of a large and well-sheltered natural bay, characterised by a particular mushroom shape. The bay, completetly open on its north-western side, offers a good shelter from northen winds but it is subject to violent gusts at its entrance, especially in the afternoon. So, we suggest to drop sails at the entrance of the bay and get the port using engine.

The port consists of a small quay, at the foot of the village. Boats usually moor at the western dock, where about 20 mooring places are available, signaled by some yellow lines. You can have a fore or stern mooring and drop the anchor on a sandy and muddy seabottom (3.5-4 m deep).

The port of Vathy offers no services, except from fuel. The village, on the contrary, offers some supermarkets, chandler shops, boats, cafés, drugstores and restaurants. You can even rent a bike or a moto to have a tour on the insland.

If you don't find any place, you can get the islet of Parapigadi, located south of Vathy: here, depth reaches 4-5 metres and shelter is good enough. Sea is simply wonderful! 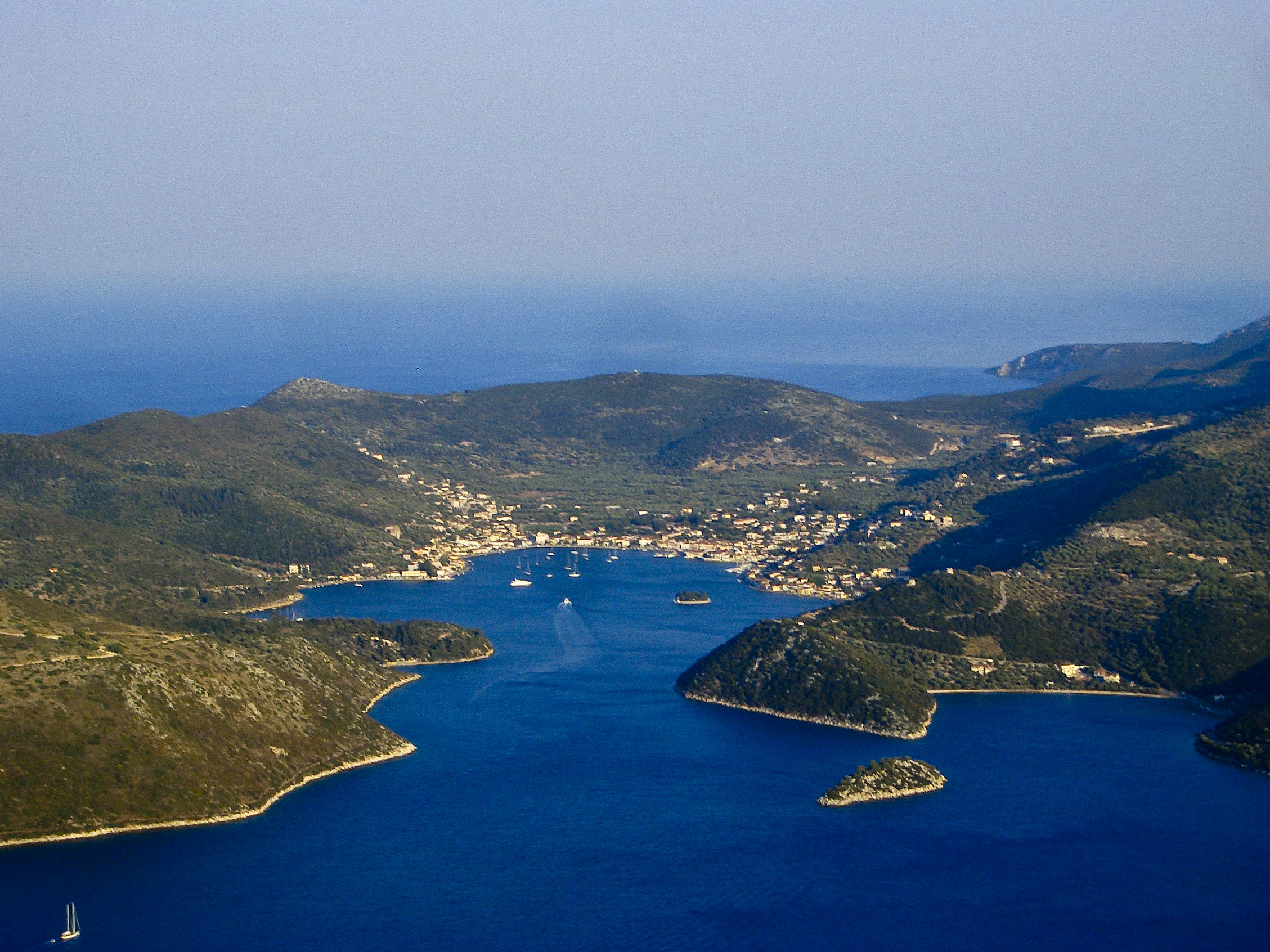